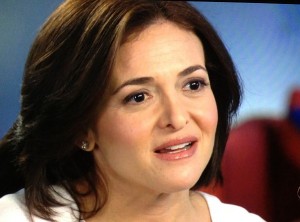 Like it or not, life is a daily series of negotiations and each affects us. You and I negotiate all the time, with “significant others,” children, clients, noisy neighbors, and even competitors. We re-finance our homes and shop around. We are surprised by a mechanic’s bill that doubled his estimate. A vendor says he can’t meet a deadline. We constantly renegotiate roles and boundaries, and in doing so, exert our authority. I recently taught a NEGOTIATION SKILLS FOR WOMEN workshop at UCSB with 14 professional women attending where I learned that when women have a chance to negotiate a situation, they often cave in rather than “lean in” to assert themselves and their needs. It’s easier to advocate for someone else, they agreed.

In her new best-selling book, Lean In: Women, Work, and the Will to Lead, Sheryl Sandberg lists negotiation skills as essential to a working woman’s success, not only in the workplace but also in one’s personal life.

Interestingly, without her husband’s involvement, Sandberg admitted on 60 Minutes that she was about to take the first offer Mark Zuckerberg made when he asked her to be Facebook’s COO. That gave me pause for reflection. It’s not that easy to give up that “attitude of gratitude,” even when the offer is great. Wisely, her husband insisted that her ability to negotiate on her own behalf was going to be seen as an indicator of how well she was going to negotiate for the company and that she darned well better get back to the drawing board and find ways to sweeten the deal.

Sandberg has become an icon. Recently, journalists have begun to compare her to the late Prime Minister Margaret Thatcher. The “Iron Lady” was a role model for her time. She didn’t quit politics, even after losing two important races. She had strong beliefs and positions and took risks by standing up for what she believed in, no matter what. She was tough negotiator, famously declaring “This lady’s not for turning.”

Let’s not forget that women of wealth, like Thatcher and Sandberg both, can hire nannies (plural) to help them travel, go to conferences, and work long hours. Most women can’t. The expectations for most working women today to juggle roles is totally unrealistic.  According to the APA, the stressors unique to working women include sexism, limited economic resources, role overload, and work inequities, nothing they can fix independently.

Sandberg is a modern woman whose book has a distinctly feminist perspective. She sees valuable life lessons emerging from women sharing workplace and personal experiences. Specifically, Sandberg provides a model for a structured discussion group called Lean In Circles, a place to share stories regarding women’s experiences in negotiations, being a team player, and ways to level the playing field. Perhaps participating in Lean In Circles can lessen working women’s stress by providing peer role models, opportunities to exchange information, and networks, all of which can be empowering at the individual level but  I believe that the Circles are not going to be enough to provoke the kinds and degrees of changes that need to occur for the playing field to be leveled.

Corporate Boards can produce progressive policy changes that will quickly level the playing field for thousands of women with one fell swoop. Getting Boards to do so isn’t going to be easy, particularly when the majority of Board Directors are men. For instance, while Sheryl Sandberg remains on Facebook’s nine member corporate Board (albeit as a a Management representative), only one other woman is.

I am hoping that Sheryl Sandberg will lean in and argue with Facebook directors as necessary about adding more women to the Facebook Board. Forbes and the WSJ informs us that this is always a good business decision.  Even though only 11% of corporate boards are comprised of women, adding women to corporate boards increases a company’s profitability.

800 million women are more active users of Facebook than men, making them a lucrative demographic for the social networking giant. Facebook’s $100-billion initial public stock offering would not have been nearly so big without women’s patronage. And the company can probably do even more to understand its women customers’ needs with more women in charge.

If Facebook could build up to a 50/50 split of women and men directors, other Boards might well follow suit.  In negotiating such a sea change, Sheryl would lead the way in changing the face of corporate America. As I learned from my students, it’s easier for a woman to advocate for someone else than for herself so let’s hope that Sheryl will do so, and take all of us with her as she continues on her stellar career trajectory. Lean in, Sheryl.