Traditional male-centric business practices as well as unregulated policies imposed on our modern society got us in to this global recession. In other words: Men got us into this mess. Women need to help get us out. 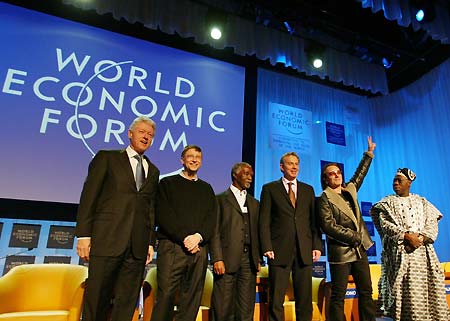 There’s significant evidence that a faster, better path to recovery might involve men and women.

 Finally, they can be every bit as innovative as men.

Innovation drives job creation, declared the World Economic Forum in Davos, Switzerland in January. While some of the world’s most famous economic minds wrestled with the problem of 200 million unemployed, the Davos program organizers underrepresented half the human race: only 17% of Forum attendees were women and only 20% of those invited to attend the WEF and discuss issues on panels were women.

One innovative approach would have been to invite more women with experience in technology. After all, women have invented a host of breakthroughs, ranging from the Kevlar in auto tires to circular saws and rotary engines – to say nothing of the washing machine and the dishwasher. Indeed, we’ll probably never know the true history of feminine innovation because women couldn’t even get a patent until the late 19th Century.

Women’s real economic potential may be well-hidden, but that doesn’t mean they don’t call the shots on key financial decisions. Globally, they make the final decision on 91% of home purchases, 80% of health care choices, 66% of computers and 65% of new cars. Marketers have long realized that they ignore at their peril the female perspective on their products.

Still, women remain second-class economic citizens. Female working poverty rates are higher than male rates in 22 of 27 countries, reported the International Labor Office in Geneva in advance of International Woman’s Day March 8. Women struggle to obtain financing to start their own businesses. They have a hard time breaking into businesses beyond education, retail and service industries. They are woefully under-represented in the hot “STEM” disciplines (science, technology, engineering and math).

Clearly leaving the female factor out of the economic recovery formula means a global growth engine firing only four of its eight cylinders.

What can be done? The solution lies in putting four key “pistons” in the engine.

First, equal access to capital. A Boston Consulting Group study of 12,000 women around the world found that financial services – banking, investment and insurance products and advice – were the worst at connecting with female consumers. The Center for Women’s Business Research found that, while 41% of privately held U.S. companies are women-owned, only 3% to 5% obtain venture capital. Not surprisingly, women entrepreneurs are often compelled to undercapitalize their young companies, retarding growth.

Second, a place at the table. Davos isn’t the only place women are under-represented. Today’s successful workplace demands a collaborative, team-oriented, cross-functional approach to continuous improvement processes. Recent research informs us that women excel in facilitating communication between departments and divisions in ways that improve morale and productivity. That’s a far cry from the leadership style found in conventional “male” hierarchies and silo cultures. You don’t need a STEM degree (Science, Technology, Engineering, or Mathematics) to successfully facilitate improved communication between high-tech teams but it does take another set of skills and aptitudes- some would call it “EQ”- that demonstrably impacts the bottom line.

Third, the opportunity to lead. Involving more women in corporate decision-making processes will be the key to business success in the future. Companies need to invest resources in women’s training, mentoring, and professional development, as well as ensuring that corporate culture is inclusive and women have access to female role models, mentoring, and career advancement opportunities. And the more we are all exposed to competent women leaders, prejudices and double standards tend to dissipate.

Fourth, better education and training. A more inclusive education model will be an enormous step forward. “Male” models of business are still taught by an overwhelming majority of business schools. Examples of women entrepreneurs have been left out of textbooks, and rarely is a female business owner used as the example or case study. As a result, students aren’t learning about the different abilities and styles that businesswomen are using to succeed as owners and managers in today’s global team-driven environment. Standardizing and funding model programs designed to encourage women to succeed in STEM disciplines should be a matter of course.

In French, the phrase “cherchez la femme!” (“Look for the woman!”) often meant that women were the root cause of problems. Now, as we hunt for ways out of the economic morass, let’s reframe the term. “Look for the woman” just might be the way to find the solution.