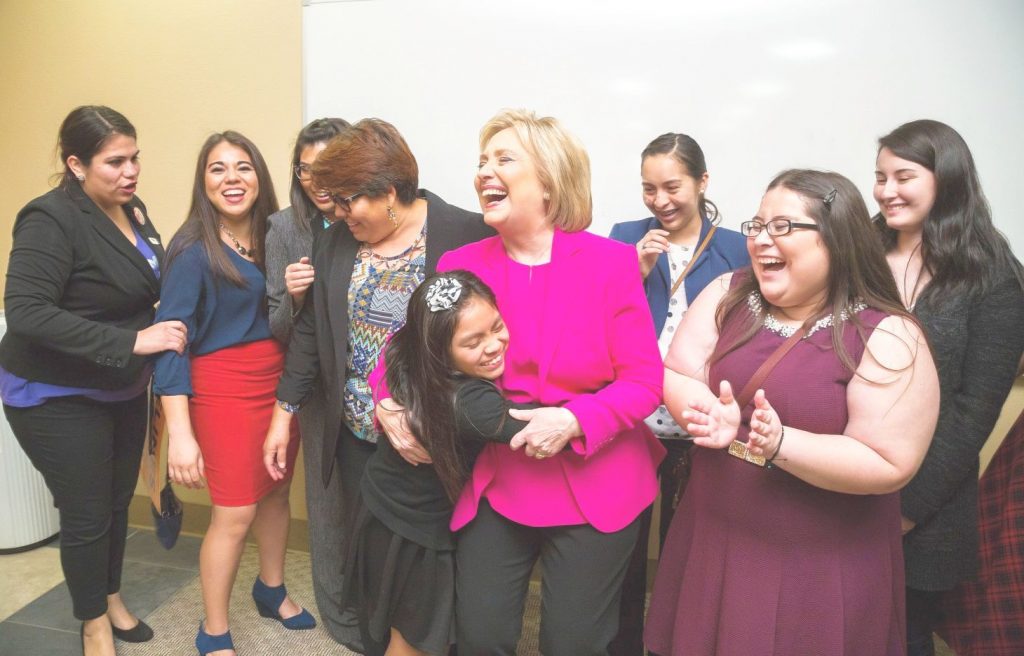 When a woman seeks the top executive position in this country, she takes a huge risk. Every pundit and source of opposition will find ways to viciously mock and discredit her, down to the way she dresses, walks, cuts her hair, and laughs. Does the press ask whether Donald Trump is likable or trustworthy? I’m wondering how you would respond to a stream of unrelenting insults about your appearance and your communication style? If the efforts to tear her down don’t succeed, Hillary Clinton is poised to be become the first female American President.

Of course, Hillary must put to rest the recent criticisms of what the FBI Chief called her administrative carelessness and poor judgment regarding her use of a private email server. To withstand the constant barrage of legitimate criticisms along with the media focus on her personal limitations, Hillary Clinton has to really want this job.

Is The Gender Card an Ace or a Joker?

One has to wonder whether Clinton’s gender can help her win the women’s vote by a bigger margin, just as the women’s vote carried Obama to victory.  Many articles have been written about how Hillary is working hard to win over women and to cross the generational divide. And now that opponent Bernie Sanders has endorsed her, she promises to be more aggressive about how the Federal Government can help public colleges and universities provide free tuition to all who qualify, to raise the minimum wage, implement tougher restrictions on Wall Street, and to align her health care proposals with Sanders.’

As she pushes against new challenges, Hillary’s presentation style becomes even more important to voters (and the pundits). Many voters will use an old frame to evaluate her candidacy, wondering, “Is he or she someone I’d like to have a beer with?” or “Is she a regular guy?” The Barbara Lee Foundation believes that there is a double standard in politics that affects women who run:

“…women face a litmus test that men do not have to pass. Voters will support a male candidate they do not like but whom they think is qualified. Men don’t need to be liked to be elected. Voters are less likely to vote for a woman candidate they do not like. Women have to prove they are qualified. For men, their qualification is assumed. Women face the double bind of needing to show competence and likeability.”

There are unrelenting and strategic attacks that address Hillary’s likability based on how she is portrayed in the media.

Men can guffaw, while women can only titter

Friends say Hillary has a great sense of humor, albeit a bit sarcastic, but when in the hot seat, we can see that she uses it to deflect aggressive or manipulative questions by conservative media (often about Bill). Many of the vicious criticisms of Hillary’s style focus on the way she laughs, as in chuckles, or chortles. Chickens are described as having cackle but that’s how some journalists prefer to describe Hillary’s deep throated laugh, recently the subject of a NYT article, The Clinton Conundrum: What’s Behind the Laugh?

In The New Yorker piece BROUHAHAHA: Hillary Clinton’s laugh by Hendrik Hertzberg we learn that Chris Wallace’s Fox News colleague Brit Hume once remarked that Hillary’s laugh “is always disarming, always engaging, and always attractive.” Hume lived to regret his graciousness when the Republican National Committee responded in horror that same day with an electronic “research briefing” titled “Hillary: No Laughing Matter.” It was …festooned with video clips of the former First Lady engaged in giggle-related activities. Fox News has called her laugh “frightening” and “evil” as well as “loud, inappropriate, and mirthless.” Dubbed “Shrillary” her laugh was seen as “chilling” and “fakey fake fake fake,” a “hideous hyena mating call” and “a signal to launch her flying monkeys.”

72% of Maureen Dowd’s columns are critical and hostile articles about Hillary Clinton, but when the articles are amusing and well written, it’s easy to laugh at her and forget her accomplishments: Hillary’s stellar academic credentials, law degree, and policy achievements that improved the lives of women, children, and families.

She Who Laughs Last

Pundits cast aspersions on Hillary’s courage, femininity, marriage, and style, perhaps because this country isn’t used to an intellectually aggressive woman with strong opinions. By contrast, prior generations of women were raised to believe that Silence is Golden, allowing men to do all the talking. We know better. So when you listen to media coverage of the campaign these days, ask yourself, who is more likely to speak up on behalf of working women, children, and working families? Be critical and pay the utmost attention to which candidate is the most qualified, or the last laugh will be on us.