While few of us will run for office, those of us in business or professional life often need to “campaign” for funding, endorsements, or promotions. To advance our cause, we need to become dynamic speakers. Overcoming public speaking anxiety isn’t rocket science requiring clinical interventions. People who are motivated can become more self-confident speakers if they work with a specialist who knows how to read audiences and make adjustments to the speaker’s style. Using a professional is important for women who want to advance their careers or causes because women have to overcome sexist attitudes about their capacity for leadership.

Today’s headlines remind us that the playing field is far from level. In any area of human endeavor where men hold the lion’s share of power, from Hollywood to the STEM fields, sexual harassment is an obstacle to women’s advancement. We know that women hold only 19.9% of board seats at S&P 500 companies. It’s shocking that women are only 21% of the members of the US Senate and only 19.3% of the US House of Representatives. Throughout US history, brilliant women who have dared to have big ideas have suffered mockery, derision and tangible punishment.

There is no doubt that Hillary Clinton advanced the cause of women in politics. By the end of the 2008 primary, 18 million people voted to nominate a woman for President of the United States, which was impressive. And, let’s not forget, in the 2016 Presidential campaign, 65,844,954 people voted for Hillary – 2.8 million more votes than Donald Trump received. She did something amazing for women.

Unfortunately, investigations reveal that there was likely political meddling by Russia that affected the outcome of the 2016 election. Also, at the advice of her team, she mistakenly took four states worth of constituents for granted. But, in terms of rhetorical style, her loss also reflected her failure to connect with diverse audiences. MANY pundits would say it was because she had a low Likability Quotient (or “LQ”). I found it interesting that Hillary is quoted as saying:

“I cannot overstate the importance of practicing. Get some close friends or family members to help evaluate you, or somebody at work that you trust.” 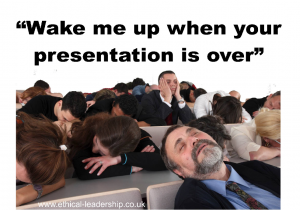 It’s possible that the feedback Hillary received about her speaking style was only from close loyal friends or trusted family members. It would have been difficult for them to provide honest feedback, especially at a time when they were distracted by the fast-pace of the difficult campaign. And they would have been loath to add to her stress even after she delivered high-impact speeches, some of which left her feeling euphoric. She would have been better off working with a specialist – such as a public speaking coach – to debrief her after each presentation and focus on one or two style issues to improve her overall LQ.

First, Hilary often sounded scripted. A neutral speech coach would have addressed this issue immediately. Perhaps she was overly cautious in wanting to address the archaic stereotypes about women’s capacity for leadership, and, therefore, held back that conversational tone and humor described by people who heard her speak in smaller groups.  She seemed intent on projecting the gravitas of a Commander-in-Chief, and historically, that has always been male.

Voters struggled to connect with her dry, technical style, particularly when the primary issue for millennial and blue-collar voters was simple: Jobs, Jobs and more Jobs. Audiences prefer people hearing from people who can relate to their issues. The sad fact is that we know Hillary can inspire and motivate audiences. For instance, the concession speech she gave in 2008 when she lost to Barack Obama reflected that authentic style:

“When you’re knocked down, get right back up and never listen to anyone who says you can’t or shouldn’t go on. Although we weren’t able to shatter that highest, hardest glass ceiling this time, thanks to you, it’s got about 18 million cracks in it.”

Businesspersons with a fresh idea, like political speakers, must build people up, remain optimistic and demonstrate a “can-do” attitude.

Second, Hillary became defensive when the mockery and derision got to be too much. In 2016, Hillary ran against a man who threatened to imprison her, who made fun of her collapse from the flu, and whose personal attacks against her were unrelenting. It’s hard to imagine a campaign as debilitating as Hillary’s, which the Washington Post called a “long, hideous root canal of an election.” Hilary was reactive to the constant barrage of criticisms and her own message – the legitimacy of her qualifications to be President – was lost in her responses. The lesson learned is that persuasive speakers need to be single minded, stay on message and control their narrative, even if critics attack them personally (as well as their big idea). The best revenge would have been not to engage, but rather to take the high road and lift people up. As the saying goes, “The view is better from the top.”

YOUR BRAND REINFORCES YOUR MESSAGE

Whether you have a product to fund or an election to win, ask yourself how you visualize your campaign. Do you have a graphic logo and a memorable slogan? Look at what Hillary did to reinforce her candidacy.

To counteract criticisms that she was frail, Hillary conveyed power and energy by wearing red during the debates and whistle stops. (even though red was the color of her opponent’s party). And the color red sent an unconscious message. Psychologists say the color red leads men to view women as more attractive and sexually desirable. Some hypothesize that humans may be conditioned to associate the color with fertility. Hillary’s meta-message: don’t underestimate a 68-year old woman!

What’s your brand? As a leader, you are “The Brand”. You are as much the message as the words you use. You may be eloquent and articulate but you’re also pitching your trustworthiness and your history as much as the content of your proposal. How you connect with the audience is more important than your brilliance. To help drive your point home, find a meaningful word or phrase you want people to remember and repeat it again and again. Think of the effectiveness of Nike’s brand – “Just do it.” 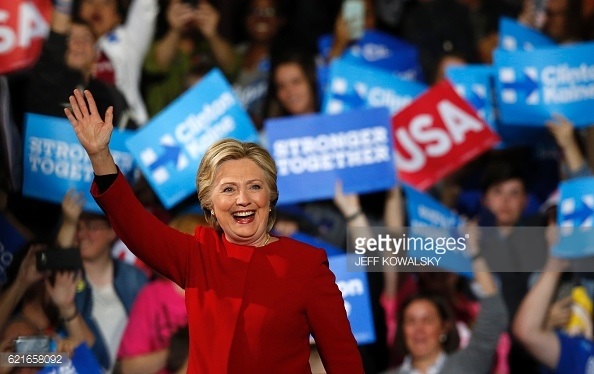 I think a neutral, professional speaking coach would have advised Hillary to present herself more strategically than loyal friends and family members would. Here’s what I learned from watching Hillary’s presentations. These lessons guide me when I coach women presenters:

When it comes to delivering high– stakes, impactful presentations, it’s important to take nothing for granted. Check your assumptions at the door regarding whether which listeners will support your big idea. It’s always “Game On” when you’re pitching a new idea or your candidacy. Each person has more than one agenda and the naysayers may wage an effective negative campaign. Work the room and keep working it – whether it’s the boardroom or the staff room. Keep your brand in front of people and keep them excited about your proposal.

In spite of the advances that have been made, Hillary’s defeat – and the personal ways in which she was mocked and derided – is a reminder that women still have a long way to go in winning the White House. But I believe that even someone as accomplished as Hillary could have benefited from adding a public speaking coach to her team of strategists in winning over the on-the-fence voters.

Lois Phillips is a dynamic public speaker whose clients say she “practices what she teaches.” Her academic background combines with executive experience to inform her training and coaching. Using principles gained from interviews with successful speakers and outlined in “Women Seen and Heard: Lessons Learned from Successful Speakers” she provides coaching and training to spokespersons, managers and executives. Dr. Phillips has a special interest in executive and professional development, strategic planning, and Board leadership. She has produced conferences on women’s leadership, moderated two television programs about the changing roles of women and men, and has delivered numerous keynote conference presentations. For many years she presented workshops to corporations on the subject of PREVENTING SEXUAL HARASSMENT IN THE WORKPLACE after providing climate surveys of the corporate culture.