The societal double standard about women’s and men’s roles that defines how and where women should speak and what they should speak about put Hillary into a double bind position. No matter what she did or said, she couldn’t win over enough of the 62,979,636 Trump voters to turn the electoral college in her favor.

In campaigns, candidates must talk, be interviewed, debate issues, and speak to crowds as well as the press. As the first woman Presidential Candidate from a major political party, Hillary broke new ground where few women have gone before. When she did, many people tuned her out, and, among other things, were critical about her presentation style; how much she talked, how academic she was, and how reactive she was. 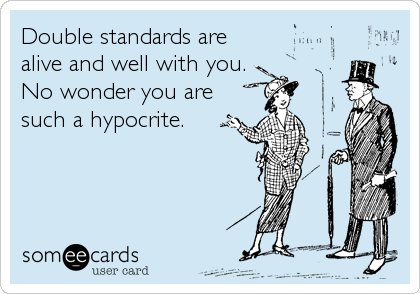 Even in 2017, there remain sexist assumptions that women not only talk more than men do, but also what they say is inconsequential. When women talk at length, studies show people see those women as incompetent and unsuited for leadership. That leads listeners to dismiss what they say. On the other hand, when men talk at length, they are seen as powerful and competent. Being perceived as overly talkative can deflate a woman’s power and ability to influence people.

Recent studies show that the notion of men as more taciturn and women more talkative is wrong. Some men may talk more than women do to dominate the conversation and the content of what is being discussed, but the difference in the amount of airtime is negligible. Listeners with conventional attitudes about a woman’s place may still tune out when a woman – even one with particular expertise – expounds at length.

When women speak, everyone –both women and men– react differently. When a man and a woman present from the same prepared script to an audience, listeners are more critical of the woman’s presentation style, even though the content is identical to the man’s. The audience is distracted from the woman’s content, wondering:

Based on this research, women’s presentations should be as focused and not overly lengthy; rather, it’s better to allow more time for Q and A to ensure that listeners get to know who the speaker really is as an individual. It’s in the informal give and take that women speakers can shine and connect.

The above four questions would never be applied to Trump. The irony is that our President can’t handle conflict without overreacting, wobbles on every decision, and is easily manipulated by his feelings. Even as the author of The Art of The Deal, Trump can’t negotiate a win-win solution on any policy to date. Still, 40% of Americans remain loyal to him.

Lesson #3: Have confidence in what you know.

Prepare yourself to not win everyone over. Let’s get real – some people will remain skeptical or tuned out, no matter what you do. Nevertheless, a female leader needs to prepare and focus on her key points and stay on message. She should have fresh information to share that will move the needle, help voters, investors, and other decision-makers align their decisions with her vision and priorities.

No matter what lies ahead, a leader must remain optimistic with a can-do attitude. To be an effective speaker with the desire to lead a group forward, you’ll need to exude confidence in what you know to be true. Remind yourself to:

As we say in New York, Who do you think you’re talking to? In my role as an executive coach, I’ve seen brilliant, capable, and/or passionate people fail at the podium because the audience didn’t feel the speaker related to their issues or needs. Catherine Allgor, professor of history at the University of California, Riverside observed that Michelle Obama has “that thing called charisma–the ability to make everyone in the room feel like you’re talking just to them.” People like to feel that connection.

Hillary Clinton’s campaign staff failed to adequately consider the importance of relating to diverse audiences, including blue collar and uneducated voters hurt by NAFTA, the miners effected by the decline of the coal industry, and those who simply felt ignored by Obama’s presidency. In Shattered, a new autopsy of Hillary Clinton’s campaign, authors Jonathan Allen and Amie Parnes say Clinton failed to understand the rise of populism surrounding candidates like Donald Trump and Bernie Sanders and adjust her own speaking style to build better connections with audiences while on the campaign trail.

Clinton’s message got lost in her use of “elitist” highly educated, professional language. People wanted a blueprint for change and they wanted it fast (and yesterday). Even a top staff aide said that the Democrats have “become too much the part of technocratic incrementalism,” offering change that was slow and steady. By contrast, Bernie Sanders and Donald Trump used simple words that everyone could understand and made promises that were compelling, albeit unachievable. Millennials, blue collar workers, middle Americans, and Republican voters became excited by their rhetoric.

In contrast to the more scripted speeches she gave during the campaign, Hillary Clinton delivered a lively commencement address at Wellesley, her alma mater, in 2017. She spoke authentically, using humor and just the right amount of self-deprecation, while pulling no punches about the Trump administration and the need for graduates to become activists and advocates (Click here to hear her Wellesley Commencement Address 2017). Pundits said that if she had used this speaking style during the campaign that she would have won over more voters.

Lesson #4: Use simple language so that people can talk about your ideas in the morning.

Unless you are addressing a specialized audience, technical, academic or legal language is off-putting to voters or other decision makers. Each audience is unique, so identify what you have in common with them. Is it advisable to use the group’s slang, idioms or even clichés versus formal language?

To elevate a group’s understanding of your position about a specific situation, use simple terms that everyone in the audience can understand. Be sure to ask yourself:

As a woman seeking endorsement of your idea or your candidacy, you will need to engage your audiences so that each idea is fresh and seen as a gem. Otherwise, for reasons related to sex role expectations, they may feel that your presentation is interminable. Word of mouth is powerful. You want people to share that they enjoyed your lively presentation and what they learned. When you stay on message, your pitch can be easily remembered and quoted in the morning to colleagues, friends, donors, investors, and voters.

Lois Phillips is a dynamic public speaker whose clients say she “practices what she teaches.” Her academic background combines with executive experience to inform her training and coaching. Using principles gained from interviews with successful speakers and outlined in “Women Seen and Heard: Lessons Learned from Successful Speakers”she provides coaching and training to spokespersons, managers and executives. Dr. Phillips has a special interest in executive and professional development, strategic planning, and Board leadership. She has produced conferences on women’s leadership, moderated two television programs about the changing roles of women and men, and has delivered numerous keynote conference presentations.